Matthew Clarkson (October 17, 1758 – April 25, 1825) was an American Revolutionary War soldier and a politician in New York State United States. The town of Clarkson in Western New York was named after him. He was a great uncle of Thomas S. Clarkson, a member of the family who founded Clarkson University.

Matthew Clarkson was born October 17, 1758 in New York to David and Elizabeth Clarkson. He was the great-great-grandson of Reverend David Clarkson (1622–1686), a notable Puritan clergyman in Yorkshire, England, whose sermons included “The Doctrine of Justification is Dangerously Corrupted by the Roman Church.” His great-grandfather was Matthew Clarkson who came to New York from England in 1690 as Secretary of the Province. He married Mary Rutherford on May 24, 1785, and Sarah Cornell on February 14, 1792. Clarkson died April 25, 1825.

After the war, Clarkson was commissioned brigadier general of militia of Kings and Queens Counties in June 1786 and Major General of the Southern District of New York in March 1798.

When the war ended, Lincoln became Secretary of War and Clarkson became his assistant. He served as a member of the New York State Assembly for one term (1789–1790) and introduced a bill for the gradual abolition of slavery in the State. As a Regent of the University of the State of New York he was presented at the court of French King Louis XVI. He served as U.S. Marshal (1791–1792), State Senator 1794-1795, a member of the commission to build a new prison 1796-1797 and President of the New York (City) Hospital (1799). In 1802, Clarkson was the Federalist candidate for U.S. Senator from New York but was defeated by DeWitt Clinton. He was President of the Bank of New York from 1804 until his death in 1825.

On April 2, 1819, the town of Clarkson was established by the New York State Legislature and named in honor of General Clarkson. Although there is no evidence that he ever lived in Western New York, he reportedly owned a sizable amount of land there, and he gave 100 acres (405,000 m²) to the town. 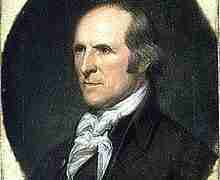