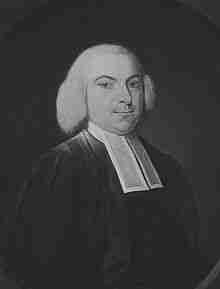 Daggett became the college’s president pro tempore in 1766 after the resignation of President Clap. Daggett held the office of President for the next eleven years, until 1777.

When the British attacked New Haven, Connecticut in 1779, Rev. Daggett took up arms in defense but was taken prisoner, and was forced to serve as a guide. He was bayoneted by his captors.