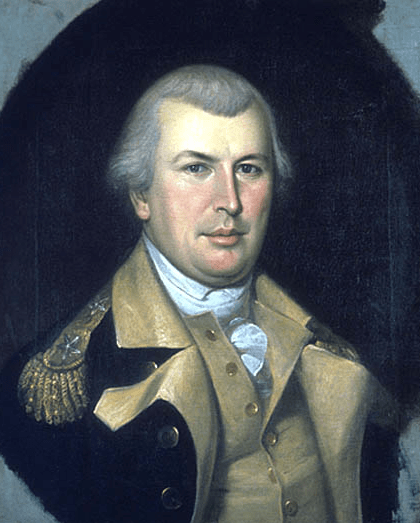 Nathanael Greene was born in Rhode Island, became self-educated, helped form a militia, and became Quartermaster General of the Continental Army.  He would also become head of field forces in the southern campaign towards the close of the war.  For source and more details, click here.