Nathaniel Chipman (November 15, 1752{spaced ndash}February 13, 1843) was a United States Senator from Vermont, and Chief Justice of the Vermont Supreme Court.

Born in Salisbury, Connecticut, Chipman was privately tutored. He received his degree from Yale College in 1777 while in the Continental Army during the American Revolutionary War. From 1777 to 1778 he served as a lieutenant in 2nd Connecticut Regiment. He married Sarah Hill. Jeffrey Chipman was his son. Nathaniel Chipman was a brother of Congressman (from Vermont) Daniel Chipman (1765–1850); and grandfather of Congressman (from Michigan) John Logan Chipman (1830–1893) and New York State Senator John W. Brownson (1807–1860).

After his military service, Chipman studied law and was admitted to the bar in 1779, commencing practice in Tinmouth, Vermont. He was a State’s attorney in Montpelier, Vermont from 1781 to 1785, and a member of the Vermont House of Representatives in 1784 and 1785,

Chipman was elected as judge of the Vermont Supreme Court in 1786 and chosen chief justice in 1789. On March 4, 1791, Chipman was nominated by President George Washington to be a federal judge on the newly established United States District Court for the District of Vermont, created by 1 Stat. 73. He was confirmed by the United States Senate on March 4, 1791, and received his commission the same day. Chipman resigned on January 1, 1793, and was again elected Chief Justice of the State Supreme Court in 1796.

Chipman was elected as a Federalist to the U.S. Senate to fill the vacancy caused by the resignation of Isaac Tichenor and served from October 17, 1797, until March 4, 1803; he was an unsuccessful candidate for reelection. From 1806 to 1811 he was a member of the Vermont House of Representatives, was a member of the Vermont Council of Censors in 1813, and was again chief justice of Vermont from 1813 to 1815. He was a professor of law at Middlebury College beginning in 1816.

Chipman died in Tinmouth in 1843. He is interred at the Tinmouth Cemetery, Tinmouth, Vermont. 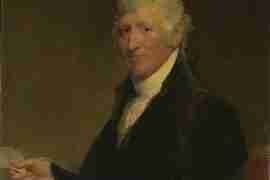