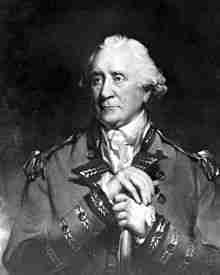 Tonyn was from a military background. His father, Charles Tonyn, was a Colonel in the 6th Inniskillen Dragoons. Patrick Tonyn became a captain in the 6th Dragoons in 1751, with which regiment he served in Germany in 1758 during the Seven Years War where, in 1759, the regiment fought at Minden and Wetter with great distinction. Tonyn was made lieutenant-colonel of the 104th regiment in 1761.

Tonyn is generally described as a capable commander. During his tenure as governor of East Florida the colony enjoyed peace with the neighboring Indians, primarily due to his positive relationship with Ahaya the Cowkeeper, chief of the Alachua band of the Seminole tribe.

Like most favored British officers, Tonyn received a large grant in the new colony—a {convert|20000|acre|km2|sing=on} tract in 1767. Fort Tonyn, which was located in present-day Nassau County, Florida, near the hamlet of Mills’s Ferry was named after Tonyn, who served as East Florida’s Royal Governor at the time of the American Revolution.

Tonyn was instrumental in bringing his brother-in-law planter Francis Levett, an Englishman, to East Florida, and having Levett given a seat on the Royal Council. Formerly a merchant in Leghorn, Italy, working for the Levant Company in Constantinople and scion of a well-connected English merchant family, Levett took up a large grant in Florida, which he later abandoned in favor of Georgia, where he was one of the first growers of Sea Island cotton. Levett’s son-in-law Dr. David Yeats served as Secretary of the province of Florida under Governor Tonyn.

Tonyn was involved in a fraud and deception trail at the Old Bailey in May 1796. Henry Weston was indicted for forging his signature to transfer £5000. The Old Bailey records show that Weston, a young man with gambling debts, was sentenced to death.

Patrick Tonyn was born in Berwick-upon-Tweed in Northumbria and died in London on 30 December 1804.