Captain Peter Hare (11 May 1748 — 6 April 1834) was a company officer in Butler’s Rangers, a militia unit during the American Revolutionary War, and British Loyalist. After the war ended Hare immigrated and settled with his family in Lincoln County, Ontario where he farmed until his death in 1834.

Hare was born on the 11th of May, 1748 in Mohawk River, Tryon County, New York, United States. He was the third son and youngest of four children born to John Hare. Hare was likely to have first enlisted for duty in the 2nd Albany County Militia Regiment. However, on the onset of the American Revolutionary War he resigned from the Rebel regiment and instead joined the Loyalist Butler’s Rangers led by John Butler.

Hare was a regimental company captain in Butler’s Rangers, a British provincial regiment composed of Loyalists, during the American Revolutionary war. Hare participated in the Wyoming Valley massacre of July 1778 and the Cherry Valley massacre in November of the same year. Due to actions by their allies, Iroquois under the command of Joseph Brant, the unit as a whole was seen as savage.

When the war ended Hare moved to Lincoln County in Ontario where he, and several other veterans who had served with Butler’s Rangers, was granted land in the Niagara region, Ontario to farm.

Throughout his three marriages Hare had a total of ten children: 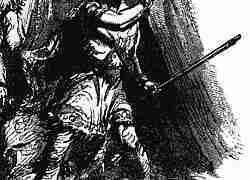