Peter Thacher (1752-1802) was a Congregationalist minister in Massachusetts in the 18th century. He served as pastor in Malden of the First Church (1770-1784) and in Boston of the Brattle Street Church (1785-1802). He actively supported the American Revolution. He participated in the drafting of the Massachusetts Constitution in 1780. He belonged to the American Academy of Arts and Sciences, Massachusetts Historical Society and Massachusetts Humane Society. He was educated at Harvard College, 1765-1769. On 08 Oct 1770 he married Elizabeth Poole (Hawkes); they had 10 children. 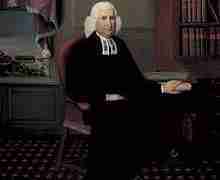