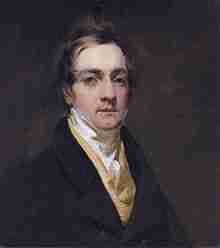 He was the second son of Philip Livingston (1686-1749) and Catharine Van Brugh Livingston, and was named for his grandfather Pieter Van Brugh. He graduated from Yale College in 1731, and settled in New York City, where he engaged in the shipping business with William Alexander, Lord Stirling whose sister Mary Alexander he married on November 3, 1739. In 1748, he became one of the original trustees of the College of New Jersey (now Princeton University), and served until 1761.

In 1755, he furnished the supplies for the expedition of Governor William Shirley to Acadia. On April 9, 1771, he married at Elizabethtown, N.J., Mrs. Ricketts, widow of William Ricketts.

He was a delegate to the New York Provincial Congresses, and was President in 1775 and 1776-77. He was also Chairman of the Committee of Safety from September 1776 to March 1777. In 1776, he was appointed Treasurer by the Provincial Congress, and remained in office until 1778, after the establishment of the State Government.

His home in New York City was a large mansion on the east side of what is now Hanover Square, with grounds extending to the East River. Later he removed to Elizabethtown, N.J., and died there at the Liberty Hall.