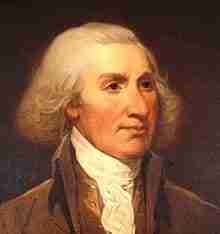 Prior to his father’s death on the eve of his eighth birthday, Schuyler attended the public school at Albany. Afterward, he was educated by tutors at the Van Cortlandt family estate at New Rochelle. He joined the British forces in 1755 during the French and Indian War, raised a company, and was commissioned as its Captain by his cousin, Lt. Governor James Delancey. Later in that war, he served as a quartermaster, purchasing supplies and organizing equipment.

From 1761 to 1762, Schuyler made a trip to England to settle accounts from his work as quartermaster. During this time his home in Albany, later called Schuyler Mansion, was built. His country estate (General Schuyler House) at Saratoga (now Schuylerville, New York) was also begun. After the war he also expanded the Saratoga estate to tens of thousands of acres, adding slaves, tenant farmers, a store, mills for flour, flax, and lumber. His flax mill for the making of linen was the first one in America. He built several schooners on the Hudson River, and named the first Saratoga.

Schuyler began his political career as a member of the New York Assembly in 1768, and served in that body until 1775. During this time his views came to be more opposed to the colonial government. He was particularly outspoken in matters of trade and currency. He was also made a Colonel in the militia for his support of governor Henry Moore.

Schuyler was elected to the Continental Congress in 1775, and served until he was appointed a Major General of the Continental Army in June. General Schuyler took command of the Northern Department, and planned the Invasion of Canada (1775). His poor health required him to place Richard Montgomery in command of the invasion.

As department commanding General, he was active in preparing a defense against the Saratoga Campaign, part of the “Three Pronged Attack” strategy of the British to cut the American Colonies in two by invading and occupying New York State in 1777. In the summer of that year General John Burgoyne marched his British army south from Quebec over the valleys of Lakes Champlain and George. On the way he invested the small Colonial garrison occupying Fort Ticonderoga at the nexus of the two lakes. When General St. Clair surrendered Fort Ticonderoga in July, the Congress replaced Schuyler with General Horatio Gates, who had accused Schuyler of dereliction of duty.

The British offensive was eventually stopped by Continental Army then under the command of Gates and Benedict Arnold in the Battle of Saratoga. That victory, the first wholesale defeat of a large British force, marked a turning point in the revolution, for it convinced France to enter the war on the American’s side. When Schuyler demanded a court martial to answer Gates’ charges, he was vindicated but resigned from the Army on April 19, 1779. He then served in two more sessions of the Continental Congress in 1779 and 1780.

Schuyler was an original member of the New York Society of the Cincinnati.

In September 1755, he married Catherine Van Rensselaer (1734–1803) at Albany. Philip and Catherine had fifteen children together. Among them are:

Additionally, Schuyler is related to:

Schuyler’s country home had been destroyed by General John Burgoyne’s forces in September, 1777. Later that year, he began rebuilding on the same site, now located in southern Schuylerville, New York. This later home is maintained by the National Park Service as part of the Saratoga National Historical Park, and is open to the public.

Schuyler died at the Schuyler Mansion in Albany on November 18, 1804, and is buried in the Albany Rural Cemetery at Menands, New York.

* Fort Schuyler, constructed 1833-56, at the tip of Throggs Neck (a narrow spit of land in the southeastern portion of the borough of the Bronx in New York City) was named in his honor. The fort, built to defend the passage between the East River and Long Island Sound from sea invasion, now houses the Maritime Industry Museum and the State University of New York Maritime College.

* The Philip Schuyler Achievement Academy in Albany, New York is named in his and his son’s honor.

* A statue of Schuyler, created by sculptor J. Massey Rhind in 1925 stands on the grounds of Albany’s city hall.