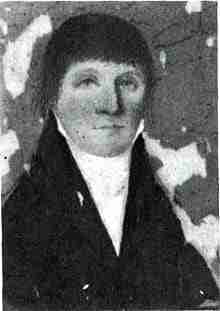 He was born on August 3, 1729 in Joppa, Harford County, Maryland, one of the eleven children of Richard Caswell and the former Christian Dallam. The younger Richard Caswell departed Maryland for the New Bern area of North Carolina in 1745.

While a member of the North Carolina colonial assembly, a post he held for 17 years, he introduced a bill in 1762 establishing the town of Kingston, now Kinston, NC.

As an officer in the local militia, Caswell fought against the Regulators in the Battle of Alamance in 1771 during the War of the Regulation (1760-1771). According to some sources, he commanded the right wing of Governor William Tryon’s forces at Alamance.

A lawyer and surveyor by training, Caswell represented North Carolina in the Continental Congress of 1774 and 1775. When the Revolutionary War broke out, Caswell was the commander of the district of New Bern, NC Minutemen. As a Patriot officer in the American Revolutionary War, Caswell led North Carolina militiamen in the Battle of Moore’s Creek Bridge. In 1780 he was also commissioned as a major general of North Carolina troops. At the Battle of Camden, his troops fled after the Virginia militia broke and fled in a panic exposing Caswell’s militia to attack without greater defense, leaving the Continentals behind to suffer defeat.

Caswell was president of the provincial congress that wrote the first North Carolina Constitution in 1776. As the congress adjourned, it elected Caswell as acting governor. He took the oath of office on January 16, 1777. Under the new constitution, the state Legislature (“General Assembly”) re-elected him as the first Governor in April 1777. He stepped down in 1780, as the constitution allowed only three consecutive one-year terms. He then assumed command of all of North Carolina’s militia, which he commanded at the American defeat at Camden, 16 August 1780.

He served as the state’s comptroller and as a member of the North Carolina Senate between his two gubernatorial terms. Caswell was also chosen to be one of North Carolina’s delegates to the United States Constitutional Convention of 1787, but he did not attend.

Richard Caswell was a prosperous farmer, land speculator, tanner and Grand Master Mason of North Carolina. He had training in Surveying, and was appointed deputy surveyor for the colony in 1750.

At the time of his death in 1789, he had returned once again to the North Carolina General Assembly, this time serving as Speaker of the Senate. Caswell died in Fayetteville, NC, on November 10, 1789. According to tradition, his body was returned to Kinston for burial in the family cemetery, near where a memorial and museum stands today.

Among his many accomplishments was his proposal to use the reimbursement funds for aid rendered to the Crown during the French and Indian war for erecting and establishing a free school in every county in North Carolina. His “Address to the General Assembly” in 1760 on this topic was used for many years by other politicians in favor of public education, and he also wrote the proposal in the first state constitution in 1776.

Caswell County, North Carolina and Fort Caswell were named for him.

The Richard Caswell Memorial and museum is established in Kinston, NC.