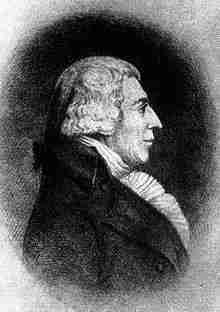 Spaight was born in New Bern, North Carolina, the son of the Secretary of the Crown in the colony. Orphaned at the age of eight, Spaight was sent to attend school in Ireland and later graduated from the University of Glasgow.

In 1778, Spaight returned to North Carolina and served as an aide to General Richard Caswell during the American Revolutionary War until 1781.

The General Assembly elected Spaight a delegate to the Continental Congress between 1782 and 1785; he then served in the North Carolina House of Commons from 1785 to 1787, and was named Speaker of the House. In 1787, Spaight was a delegate to the Philadelphia Convention that drafted the U.S. Constitution, and he signed the document when he was only 29 years old.

On 24 March 1788, Spaight married Mary Leach; Mary had the distinction of being the first lady to dance with George Washington at a ball in Washington’s honor at Tryon Palace in New Bern in 1791.

Under the North Carolina Constitution of 1776, Spaight was nominated for Governor in 1787, but was defeated by a majority in the General Assembly; he was nominated for the United States Senate in 1789 and was again defeated. In 1788, he was a member of the state convention which voted not to ratify the United States Constitution, although Spaight himself supported ratification.

Spaight retired from politics for several years due to ill health; he returned to the state House of Representatives in 1792. Also in 1792, he was elected the first native-born governor of North Carolina, and later re-elected by the General Assembly for two further one-year terms.

During Spaight’s term as governor, sites were chosen for the new state capital of Raleigh and the newly-chartered University of North Carolina. Spaight served as chair of the university’s Board of Trustees during his term as governor. Spaight stepped down as governor in 1795, having served the constitutional limit of three one-year terms.

Spaight was elected to the United States House of Representatives in 1798, filling the unexpired term of Nathan Bryan; he was elected to a two-year term in 1799, serving until 1801, and though elected as a Federalist, his views on states rights led him to become associated with the Democratic-Republican party of Thomas Jefferson. He lost his bid for re-election to Congress, but returned to state government, serving in the North Carolina Senate beginning in 1801.

Spaight died on September 6, 1802,following injuries sustained in a duel with John Stanly, the Federalist Congressman who had defeated him in the election of 1800 for the House of Representatives. Spaight is buried in his home town New Bern.

Spaight Street in central Madison, Wisconsin is named in honor of Richard Spaight. Most of the main streets in downtown Madison are named after signers of the United States Constitution.