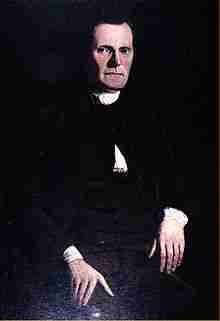 Early life== sherman was born in newton, massachusetts near boston, but his family moved to stoughton (a town located seventeen miles, or 27 km, south of boston) when he was two.the part of stoughton where sherman grew up became part of canton in 1797 sherman’s education did not extend beyond his father’s library and grammar school, and his early career was spent as a shoe-maker. however, he was gifted with an aptitude for learning, and access to a good library owned by his father, as well as a harvard educated parish minister, rev. samuel dunbar, who took him under his wing. in 1743, due to his father’s death, he moved (on foot) with his mother and siblings to new milford, connecticut, where in partnership with his brother, he opened the town’s first store. he very quickly introduced himself in civil and religious affairs, rapidly becoming one of the town’s leading citizens and eventually town clerk of new milford. due to his mathematical skill he became county surveyor of new haven county in 1745, and began providing astronomical calculations for almanacs in 1788. ==legal, political career== despite the fact that he had no formal legal training, sherman was urged to read for the bar exam by a local lawyer and was admitted to the bar of litchfield, connecticut in 1754, during which he wrote a caveat against injustice and was chosen to represent new milford in the connecticut house of representatives from 1755 to 1758 and from 1760 to 1761. in 1766 he was elected to the governor’s council of the connecticut general assembly, where he served until 1785 he was appointed justice of the peace in 1762, judge of the court of common pleas in 1765, and justice of the superior court of connecticut from 1766 to 1789, when he left to become a member of the united states congress. he was also appointed treasurer of yale college, and awarded an honorary master of arts degree. he was a professor of religion for many years, and engaged in lengthy correspondences with some of the greatest theologians of the time. in 1790 he and richard law were appointed to massively revise the confused and archaic connecticut statutes, which they accomplished with great success. in 1784 he was elected mayor of new haven,