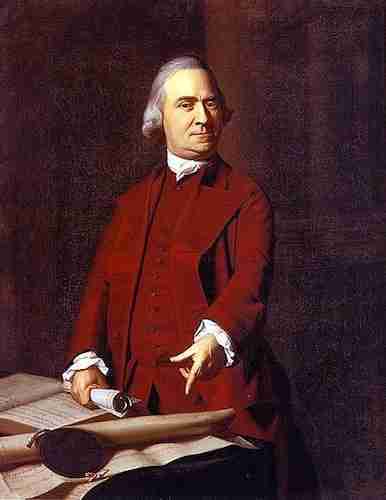 Samuel Adams was born in Boston, Massachusetts and was second cousin to John Adams.  He was a well-liked public figure and helped shape a lot of the public sentiment and political momentum leading up to the Revolution.  He served in the Continental Congress and contributed to many of the important foundational elements on which the United States was built.  For source and more details, click here.