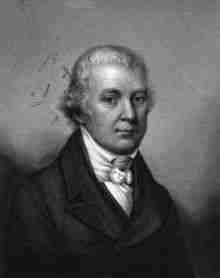 Samuel Ward, Jr. (1756–1832) was an American Revolutionary War soldier and delegate to the secessionist Hartford Convention.

Ward was born in Westerly, Rhode Island on November 17, 1756 as the fifth child of Anne Ray and Samuel Ward, a founding trustee of Brown University, Continental Congress delegate and colonial governor of Rhode Island. Samuel graduated from Brown University with high honors, in 1771. Ward was commissioned a captain in the Kings and Kent County militia in 1775 and served under Colonel Varnum later in the year. Ward volunteered with 250 Rhode Islanders under Christopher Greene to support Benedict Arnold on his expedition to Quebec. Ward was eventually promoted to a major and lieutenant colonel in Rhode Island’s First Regiment and served in the Battle of Red Bank and Battle of Rhode Island. In 1778 Ward married Phebe Greene, daughter of Governor William Greene. He retired from the military in 1781 and became a member of the Society of Cincinnati. After the war Ward became a merchant and traveled extensively to trade to Asia and Europe. Ward was elected to the Annapolis Convention (1786). In 1814 Ward was served as a delegate to the Hartford Convention.