Seth was born in Northampton, Massachusetts, to Ebeneezer and Sarah (King) Pomeroy. His father was a prominent local citizen, and had been a Major in the militia. Seth became a mechanic and gunsmith, as well as joining the local militia in Hampshire County. He earned a reputation as one of the best gunsmiths in the colony.

When Massachusetts undertook an expedition against the French in Nova Scotia, Major Pomeroy answered Governor William Shirley’s call for volunteers. He was part of the expedition led by William Pepperrell that captured Fortress Louisbourg in Nova Scotia in 1745. He used his professional skills in support of Richard Gridley, the expedition’s chief engineering officer. He reconditioned the guns captured from an outlying position after the French had spiked them and supported 46 days of heavy bombardment.

In 1755 Lt. Colonel Pomeroy was second in command of the regiment led by Colonel Ephraim Williams. They marched to New York to support a move to capture Crown Pont.

While on the march, they were ambushed by a force of 800 French and Canadian troops, supported by 600 Iroquois warriors, and led by Baron Dieskau at the Battle of Lake George. Of all the commanding officers, Pomeroy was the only one to survive the battle, and in lieu of Williams’ death assumed the rank of Colonel. Although suffering significant losses, they withdrew to the English camp at the south end of Lake George. There they built a hasty wall of wood and carts and made their stand, supported by cannon and additional forces under General William Johnson. The Indians and Canadians would not attack in the open. When Baron Dieskau was wounded, the entire French force withdrew for Fort Carillon (later called Fort Ticonderoga).

Dieskau was captured, and Johnson would build a more permanent Fort William Henry to protect the site.

Although a senior officer in the Massachusetts militia at the start of the war, Pomeroy had a limited role. He was, after all, nearly seventy years old. But when the Siege of Boston began in 1775, he was among the volunteers that went in support of it. On June 17 a British naval bombardment marked the start of the Battle of Bunker Hill. He borrowed a horse from General Artemas Ward and set out for Charlestown. When he reached the neck of the peninsula, he found troops piled up because the narrow strip was under fire from British warships. Giving the horse to a soldier to return, he shouldered his musket and marched through the barrage. He declined any command, but took a post at the rail fence, fighting with John Stark’s 1st New Hampshire Regiment.

When General George Washington asked for support in New Jersey the following year, Pomeroy marched with his militia unit. He didn’t complete the trip, but fell ill and died in Peekskill, New York. He is buried in St. Peter’s Churchyard, in an unmarked grave. The churchyard is now part of Hillside Cemetery.

Honoring Seth Pomeroy in Hillside Cemetery is an estimated 26-foot high monument, being a large square base, a column, and a ball on top. Inscribed in a wreath on one side is “General Seth Pomeroy. Born at Northhampton, Mass., May 20th 1706. Died near this spot Feb. 19th 1777. Inscribed on another side is a quote from him dated February 11, 1777, at Peekskill, perhaps referring to his facing his last days: “I go cheerfully, for I a sure the cause we are engaged in is just, and the call I have to it is clear, and the call of God.” 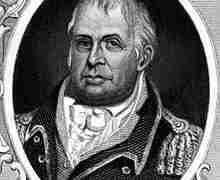 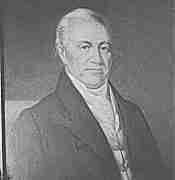 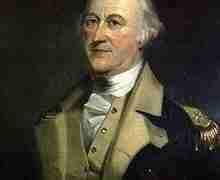