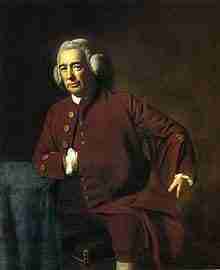 He was born in South Kingstown, Rhode Island, the son of William Gardiner and Abigail Remington. After studying medicine in New York, London and Paris, Dr. Gardiner opened a practice in Boston, where he became a lecturer on anatomy. He actively promoted inoculation for small pox, for which he proposed and established a hospital in 1761. But he made his fortune importing drugs for distribution and sale. He contributed generously to the construction of Boston’s King’s Chapel, where he was a warden, and also to the compilation and publication of a prayer book. But he is most remembered for his purchase and development of over 100,000 acres (400 km²) of wilderness on the Kennebec River in Maine, where he founded what is today the city of Gardiner.

A proprietor of the old Plymouth Patent, his efforts to settle the territory were unceasing between 1753 and the American Revolution. He selected the location of Gardinerstown Plantation, established in 1754 at the head of navigation on the Kennebec River, at its confluence with the Cobbosseecontee Stream, which had falls to provide water power for industry. A millwright, carpenter and other workmen were induced to settle and build his town. He promoted immigration and land cultivation. He contributed a valuable library, and built the first Episcopal church in Pittston, from which Gardinerstown would be set off in 1760.

But in 1774, Dr. Gardiner added his name to a letter addressed to Massachusetts Royal Governor Thomas Hutchinson, affirming his allegiance to the Loyalist cause. When the British army evacuated Boston in 1776, Dr. Gardiner fled to Halifax, Nova Scotia. With few of his possessions, he then lived in Peel, England throughout the Revolutionary War. In 1778, his name appeared on the proscription and banishment act, and his vast landholdings were confiscated. Even his personal collection of rare books were sold at auction. Because of an error in the confiscation of the Maine property, however, his heirs would be able to secure its return.

In 1783, Dr. Gardiner spent time in St. John’s, Newfoundland, and in 1784 wrote a report enumerating its resources, advocating 11 reasons for settlement. In 1785, he returned to Newport, Rhode Island, where he died the following year and was interred under Trinity Church. The Christ Episcopal Church, built in 1820 beside the Gardiner common, bears his cenotaph.