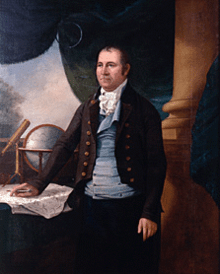 He was one of fourteen children of physician Dr. Andries De Witt and Jannetje Vernooy De Witt. He was the only graduate in the class of 1776 at Queens College (now Rutgers College of Rutgers University) in New Brunswick, New Jersey. After the capture of New Brunswick by the British during the war, De Witt fled to New York City where he joined the Revolutionary Army.

In June 1778, having been trained as a surveyor by James Clinton, the husband of Simeon’s aunt Mary, De Witt was appointed as assistant to the Geographer and Surveyor of the Army Colonel Robert Erskine and contributed to a number of historically significant maps. After Erskine’s death in 1780, De Witt was appointed to his post. In 1784, he was appointed New York State Surveyor General and died in office 50 years later, having been re-appointed and re-elected several times. Although he was a first cousin of DeWitt Clinton and a Democratic-Republican, he was never removed from office. Both Federalists and Bucktails recognized his outstanding qualification for the office. From 1810 to 1816, he was also a member of the first Erie Canal Commission.

De Witt held four slaves at his residence in Albany, New York but by 1810 he had freed them, a common practice of the area. They continued to work in his household. He owned a considerable amount of land in the Finger Lakes area and is considered one of the founders of Ithaca, New York. He was often given credit for giving Classical antiquity Greek and Roman names to the twenty-eight central New York Military Tract townships that his office mapped after the war (to be given to veterans in payment for their military service). More recently, credit has been given to his clerk Robert Harpur, apparently a reader of classical literature (Lemak 2008:245).

On May 25, 2010 the Smithsonian Institution National Museum of American History exhibited the oldest surviving Anglo-American star map, hand-drawn in 1780 by Simeon De Witt, in its Albert H. Small Documents Gallery. The map shows the stars visible from De Witt’s post in New Jersey. Drawing such a map, as De Witt himself later said, fostered an appreciation of “the ever shifting scenery of the skies and all the gorgeous drapery of heaven.” During the Revolutionary War, when cut off from trade with Europe, colonists had to make their own maps; De Witt assisted military geographer and surveyor general Robert Erskine in drawing the maps needed by George Washington. Also on view are De Witt’s drawing instruments and examples of European star maps and astrolabes. The exhibition closed on December 5, 2010. An existing online exhibition offers views of the star map and images of objects in the exhibition.

The following map sections were drawn by, or under the direction of, Simeon De Witt. The originals were not colored as these are.