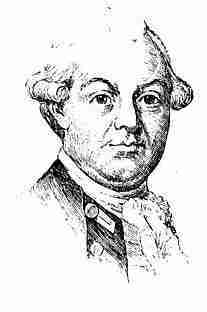 Simon was a younger son of Hugh Fraser of Balnain, Highland, by his wife, a daughter of Fraser of Forgie.

He fought with the Dutch army at Siege of Bergen-op-Zoom in 1747, and joined the British Army as a Lieutenant in 1755.

Fraser went to Canada with the British forces in the French and Indian War and took part in the Siege of Louisbourg. He was promoted to Captain before taking part in the Battle of Quebec in 1759. At that battle, he was in James Wolfe’s boat crossing the St Lawrence. It was his reply, in French through the fog, that enabled the party to sneak ashore before ascending to the Plains of Abraham.

Fraser served in Germany, Ireland, and Gibraltar between wars. In 1768, he became the Lt. Colonel of the 24th Regiment of Foot.

In 1776, the 24th was transferred to Quebec in response to the American invasion, and Governor Guy Carleton promoted him to Brigadier General. When John Burgoyne organized his Saratoga campaign in 1777, Fraser was chosen to command the advance unit.

At the start of the campaign, the advance corps had about 1,000 men. Besides his own 24th Regiment of Foot, he had the grenadier battalion, the light infantry battalion, and a company of marksmen, along with some Canadian militia and Indian auxiliaries. Fraser’s command was in the vanguard during the taking of Fort Ticonderoga, and Fraser helped dislodge the retreating Americans.

On July 7, 1777, Fraser’s corps caught up with the American rear guard at the town of Hubbardton in the New Hampshire Grants (now Vermont). At the Battle of Hubbardton in a sharp skirmish he drove off the enemy but with the loss of many men.

At the Freeman’s farm on 19 September he commanded the right wing and led four companies in a successful attack on Daniel Morgan’s riflemen.

Early in the Battle of Bemis Heights on October 7, Fraser fell to rifle fire from a rifleman named Timothy Murphy. Benedict Arnold, the opposing commander, specifically ordered Fraser to be targeted, as he was vigorously directing and supporting his troops. He was carried to a nearby house and placed in the care of Baroness Riedesel, where he died that evening. He was reportedly buried in a nearby redoubt, but the exact location is uncertain. In her diary, the Baroness noted that he was “…buried at six O’clock in the evening, on a hill, which was a sort of redoubt.”

His passing is noted by a memorial plaque in the Saratoga Battlefield National Park. 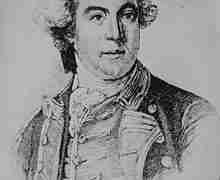