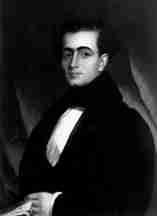 Stevens Thomson Mason (December 29, 1760{spaced ndash}May 10, 1803) was a Colonel in the Continental Army during the Revolutionary War, a member of the Virginia state legislature and a Republican U.S. Senator from Virginia (1794–1803).

Mason was born at Chopawamsic in Stafford County, Virginia and attended William and Mary College in Williamsburg, Virginia. He studied law, was admitted to the bar, and commenced practice in Dumfries, Virginia in Prince William County, Virginia. He served in the Continental Army as an aide to General George Washington at the Battle of Yorktown and was a brigadier general in the Virginia Militia.

He was a member of the Virginia State House of Delegates in 1783 and 1794, a member of the Virginia State Senate 1787–1790, and a delegate to the Virginia Ratification Convention in 1788. In 1794, Mason was elected to the United States Senate to fill the vacancy caused by the resignation of James Monroe. He was reelected in 1797 and again in 1803, serving from 18 November 1794, until his death in Philadelphia, Pennsylvania. He is interred in the family burying ground at Raspberry Plain in Loudoun County, Virginia.

Mason married Mary Elizabeth Armistead on May 1, 1783. The couple had six children: 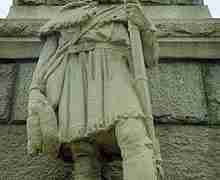 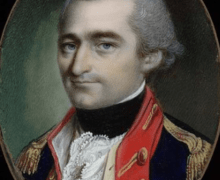