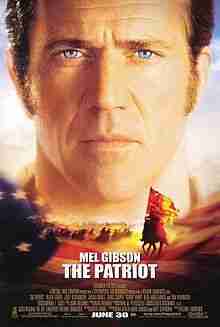 The film attracted controversy, with competing claims made about its merits given its historical inaccuracies. Professor Mark Glancy, teacher of film history at Queen Mary University of London has said: “It’s horrendously inaccurate and attributes crimes committed by the Nazis in the 1940s to the British in the 1770s.” In contrast, Australian film critic David Edwards asserts that “this fictional story is set around actual events, but it is not a history of what America was, or even an image of what it has become—it’s a dream of what it should be….The Patriot is a grand epic full of action and emotion….But it’s also surprisingly insightful in its evaluation of the American ideal—if not the reality.”