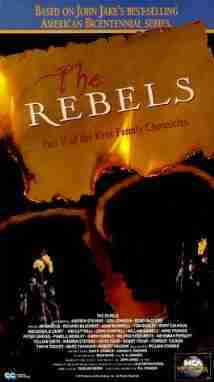 The story mixes fictional characters with historical events and figures, to narrate the nascent United States of America during the time of the American Revolution. While it continues the story of Philip Kent, started in The Bastard, a large portion focuses on Judson Fletcher (Don Johnson), a newly introduced character, as a different rebel. In 1979, the novel was made into this television film by Operation Prime Time.

The Rebels was preceded by the The Bastard, first in the series, and followed by The Seekers, third in the series.

Philip Kent takes part in the American Revolution and the newly formed congress.