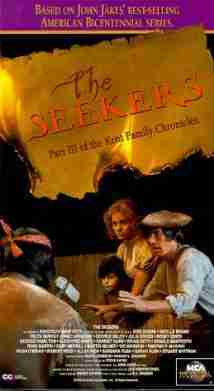 The Seekers is a 1979 made-for-television drama film/mini-series. It is based on the historical novel, The Seekers, written by John Jakes, originally published in 1975. It is third in a series known as The Kent Family Chronicles or the American Bicentennial Series. The story mixes fictional characters with historical events and figures, as it narrates the story of the United States of America from 1794 through 1814. In 1979, the novel was made into a television film by Operation Prime Time and premiered on HBO on July 8, 1979.

The sons and grandchildren of Philip Kent make a life for themselves in America.