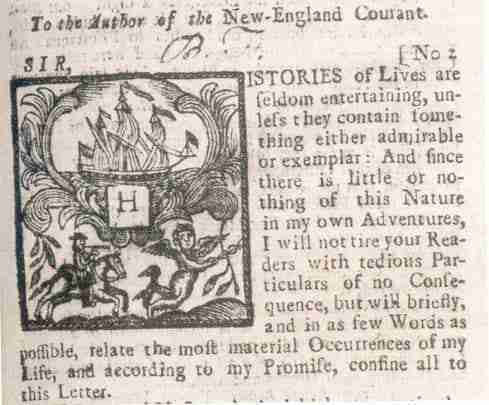 As a teenager, Benjamin Franklin apprenticed with his brother James at the shop where The New-England Courant was printed. Since James would not publish any of Benjamin’s works, fifteen-year-old Benjamin sent letters to The New England Courant under the pseudonym Silence Dogood. A total of fourteen letters were sent, one each fortnight, between April and December of 1722.

The Midnight Ride of Paul Revere, by Longfellow – Audio Reading