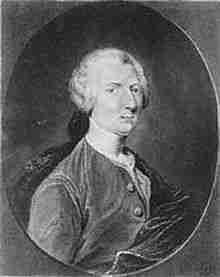 Conway was born in Ireland, but was educated in France. With twenty years experience in the French Army, he rose to Colonel.

Following the outbreak of the American Revolutionary War he volunteered to the Congress for service with the American rebels in 1777. Based on an introduction from Silas Deane, the Congress appointed him a Brigadier General on May 13, and sent him on to George Washington.

Conway commanded the leading brigade on the American right flank at the Battle of Germantown, and was justly praised for his actions. However, Washington opposed his promotion to major general, believing that many native American officers with longer and valuable service deserved the rank. This, and Conway’s condescending attitude, led to continued friction between the men. Congress appointed Conway a Major General anyway in December 1777, and made him inspector general of the army.

When his name was used politically, it was used to describe the infighting known as the Conway Cabal. During the affair, he had written a letter to General Horatio Gates in which he referred to Washington as a “weak general”. The letter was intercepted by Washington and his backers after its delivery was botched by Secretary of War James Wilkinson, and brought before the Congress for inquiry. When the contents of the letter were made public, Conway lost his command as a result. He tried a ploy that had worked before his promotion, and submitted his resignation to Congress in March 1778. This time it was accepted, so he was forced to leave the army. John Cadwalader shot him in a duel on July 22, 1778. When he recovered, he wrote an apology to Washington and returned to France.

Conway later returned to the French Army and served as governor of French colonies in India. In 1793 he fought with royalist forces in opposition to French Revolution in southern France. Their loss forced him to become an exile from his adopted country. He returned to Ireland and remained there until his death. 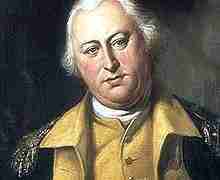