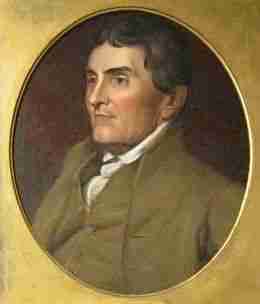 Forrest was born in Philadelphia, Pennsylvania. During the American Revolutionary War was commissioned a captain in Colonel Thomas Proctor’s Pennsylvania Artillery Battalion on October 5, 1776. He led a 52-man company of artillery at the Battle of Trenton on December 26, 1776. Situated on high ground at the head of King and Queen Streets, his two brass 6-pound cannons and other American guns helped dominate the battlefield. He was promoted to major on March 3, 1777 and lieutenant colonel on December 2, 1778. He resigned October 7, 1781.

Forrest was elected as a Federalist to the Sixteenth Congress. He served as chairman of the Committee on Agriculture during the 16th United States Congress.

The Committee on Agriculture was created on May 3, 1820. The population of the country was about 9 million and there were 213 Representatives in the House. Seven of these Representatives, under the chairmanship of Forrest were assigned to the new committee. Six other States were represented in this group: Maryland, New Hampshire, New York, South Carolina, Vermont, and Virginia. (The United States Senate Committee on Agriculture, Nutrition and Forestry was founded December 9, 1825.)

He was again elected as a Federalist to the 17th United States Congress to fill the vacancy caused by the resignation of William Milnor. He was an unsuccessful candidate for reelection in 1822.

He died in Germantown, Philadelphia, Pennsylvania in 1825. His portrait by Charles Willson Peale hangs in Independence National Historical Park in Philadelphia.