Thomas Lynch was born in St. James Parish, Berkeley County, South Carolina, in 1727. He served in the Colonial Legislature of South Carolina and represented the Colony in the Stamp Act Congress, heading the committee which drafted the petition to the House of Commons.

==Elected to the Continental Congress==

Elected to both the First and Second Continental Congresses, Lynch joined Benjamin Franklin and Benjamin Harrison on a committee sent to Cambridge, Massachusetts, to confer with General George Washington upon “the most effectual method of continuing, supporting, and regulating the Continental Army.”

In the ensuing discussions, Washington told the committee of his plan to arm ships to prey upon British supply lines. The gentlemen from Congress approved of the scheme and recommended it to Congress, thus giving essential political support to the establishment of “George Washington’s Navy,” the first organized naval force of the new Nation. 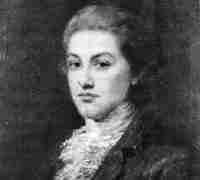