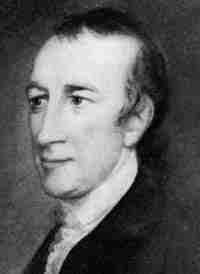 Thomas Stone (1743 – October 5, 1787) was an American planter who signed the United States Declaration of Independence as a delegate for Maryland. He later worked on the committee that formed the Articles of Confederation in 1777. He acted as President of Congress for a short time in 1784.

Thomas was born into a prominent family at Poynton Manor in Charles County, Maryland. He was the second son in the large family of David (1709–1773) and Elizabeth Jenifer Stone. His brothers Michael J. Stone and John Hoskins Stone also had important political careers. His uncle was Daniel of St. Thomas Jenifer. Thomas read law at the office of Thomas Johnson in Annapolis, was admitted to the bar in 1764 and opened a practice in Frederick, Maryland.

In 1768 Stone married Margaret Brown (1751–1787), the younger sister of Dr. Gustavus R. Brown (see Rose Hill), thought to be the richest man in the county. Soon after, Stone purchased his first 400 acres (1.6 km²) and began the construction of his estate named Habre de Venture. The family would make their home there, and they would have three children: Margaret (1771–1809), Mildred (1773–1837) and Fredrik (1774–1793). Stone’s law practice kept him away from home, so he brought in his younger brother Michael to manage development of the plantation.

As the American Revolution neared, Stone joined the Committee of correspondence for Charles County. From 1774 to 1776, he was a member of Maryland’s Annapolis Convention. In 1775, the convention sent Stone as a delegate to the Continental Congress. He was re-elected and attended regularly for several years. On May 15, 1776 he voted in favor of drafting a declaration of independence, in spite of restrictions from the Maryland convention that prevented their delegates from supporting it. In June the restriction was lifted, so Maryland’s delegates were free to vote for Independence. Previously, Stone had been in favor of opening diplomatic relations with Great Britain and not going to war, as he was not only a pacifist but a conservative reluctant to start a gruesome war.

That same year Stone was assigned to the committee that drafted the Articles of Confederation, and he was struck with a personal tragedy. His wife Margaret visited him in Philadelphia, which was in the midst of a smallpox epidemic. She was inoculated for the disease, but an adverse reaction to the treatment made her ill. Her health continued to decline for the rest of her life.

After Stone signed the Declaration of Independence, he took his wife home and declined future appointment to the Congress, except for part of 1784, when the meetings were at Annapolis.

Stone accepted election to the Maryland Senate from 1779 until 1785, at first in order to promote the Articles of Confederation, which Maryland was the last state to approve. But he gave up the practice of law to care for Margaret and their growing children. As her health continued to decline, he gradually withdrew from public life. When Margaret died in 1787, he became depressed and died less than four months later in Alexandria, reportedly of a “broken heart”.

Thomas was buried at his plantation home, which still stands. After his death the plantation remained in the family for five generations until 1936 when it sold privately. In 1977 the main structure was severely damaged by fire. The National Park Service purchased the property and restored it to its original plans. Habredeventure today is the centerpiece of the Thomas Stone National Historic Site, and is operated as a museum by the NPS. The site, located on 6655 Rose Hill Road in Port Tobacco Village, Maryland, opened to the public in 1997.