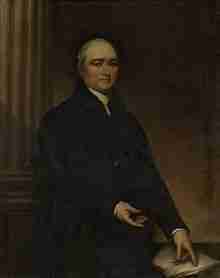 Timothy Dwight was born May 15, 1752 in Northampton, Massachusetts. The Dwight family had a long association with Yale College, as it was then known. His paternal grandfather Colonel Timothy Dwight, was born October 19, 1694, and died April 30, 1771. His father, a merchant and farmer known as Major Timothy Dwight, was born May 27, 1726, graduated from Yale in 1744, served in the American Revolutionary War, and died June 10, 1777. His mother Mary Edwards (1734–1807) was the third daughter of theologian Jonathan Edwards. He was said to have learned the alphabet at a single lesson, and to have been able to read the Bible before he was four years old. He had 12 younger siblings, including journalist Theodore Dwight (1764–1846).

Dwight graduated from Yale in 1769 (when was only 17 years old). For two years, he was rector of the Hopkins Grammar School in New Haven, Connecticut. He was a tutor at Yale College from 1771 to 1777. Licensed to preach in 1777, he was appointed by Congress chaplain in General Samuel Holden Parsons’s Connecticut Continental Brigade. He served with distinction, inspiring the troops with his sermons and the stirring war songs he composed, the most famous of which is “Columbia”.

On March 3, 1777, Dwight married Mary Woolsey (1754–1854), the daughter of New York merchant and banker Benjamin Woolsey (1720–1771). This marriage connected him to some of New York’s wealthiest and most influential families. Woolsey had been Dwight’s father’s Yale classmate, roommate, and intimate friend.

On news of his father’s death in the fall of 1778, he resigned his commission and returned to take charge of his family in Northampton. Besides managing the family’s farms, he preached and taught, establishing a school for both sexes. During this period, he served two terms in the Massachusetts legislature.

Dwight first came to public attention with his Yale College “Valedictory Address” of 1776, in which he described Americans as having a unique national identity as a new “people, who have the same religion, the same manners, the same interests, the same language, and the same essential forms and principles of civic government.”

Declining calls from churches in Beverly and Charlestown, he chose instead to settle from 1783 until 1795 as minister in “Greenfield Hill,” a congregational church in Fairfield, Connecticut. There he established an academy, which at once acquired a high reputation, and attracted pupils from all parts of the Union. Dwight was an innovative and inspiring teacher, preferring moral suasion over the corporal punishment favored by most schoolmasters of the day.

In 1793 Dwight preached a sermon to the General Association of Connecticut entitled a “Discourse on the Genuineness and Authenticity of the New Testament” which when printed the next year became an important tract defending the orthodox faith against Deists and other skeptics.

Dwight was the leader of the evangelical New Divinity faction of Congregationalism — a group closely identified with Connecticut’s emerging commercial elite. Although fiercely opposed by religious moderates — most notably Yale president Ezra Stiles — he was elected to the presidency of Yale on Stiles’s death in 1795. Shortly afterwards, he was elected an honorary member of the Connecticut Society of the Cincinnati.

His ability as a teacher, and his talents as a religious and political leader, soon made the college the largest institution of higher education in North America. Dwight had a genius for recognizing able protégés — among them Lyman Beecher, Nathaniel W. Taylor, and Leonard Bacon, all of whom would become major religious leaders and theological innovators in the ante bellum decades.

During troubled times at Yale University, president Timothy Dwight saw his students drawn to the radical republicanism and “infidel philosophy” of the French Revolution, including the philosophies of Hume, Hobbes, Tindal, and Lords Shaftesbury and Bolingbroke. He was elected a Fellow of the American Academy of Arts and Sciences in 1797. Between 1797 and 1800, Dwight frequently warned audiences against the threats of this “infidel philosophy” in America. An address to the candidates for the baccalaureate in Yale College called “The Nature and Danger of Infidel Philosophy, Exhibited in Two Discourses, Addressed to the Candidates for the Baccalaureate, In Yale College” was delivered on September 9, 1797. It was published by George Bunce in 1798. This book is credited as one of the embers of the Second Great Awakening. A negative side of Dwight’s work was that he opposed smallpox vaccination (see Vaccination and religion).

Dwight was as notable for his political leadership as for his religious and educational eminence. Known by his enemies as “Pope” Dwight, he wielded both the temporal sword (as head of Connecticut’s Federalist Party), and spiritual sword (as nominal head of the state’s Congregational Church). He led the effort to prevent the disestablishment of the church in Connecticut—and, when its disestablishment appeared inevitable, encouraged efforts by protégés like Beecher and Bacon to organize voluntary associations to maintain the influence of religion in public life. Fearing that the failure of states to establish schools and the rise of “infidelity” would bring about the destruction of republican institutions, he helped to create a national evangelical movement—the second “Great Awakening” — intended to “re-church” America. Dwight was a founder of the Connecticut Academy of Arts & Sciences, the American Board of Commissioners for Foreign Missions, and Andover Theological Seminary.

Dwight was well known as an author, preacher, and theologian. He and his brother, Theodore, were members of a group of writers centered around Yale known as the “Hartford Wits.” In verse, Dwight wrote an ambitious epic in eleven books, The Conquest of Canaan, finished in 1774 but not published until 1785, a somewhat ponderous and solemn satire, The Triumph of Infidelity (1788), directed against David Hume, Voltaire and others; Greenfield Hill (1794), the suggestion for which seems to have been derived from John Denham’s Coopers Hill; and a number of minor poems and hymns, the best known of which is that beginning “I love thy kingdom, Lord”. Many of his sermons were published posthumously under the titles Theology Explained and Defended (5 vols., 1818–1819), to which a memoir of the author by two of his sons, W. T. and Sereno E. Dwight, is prefixed, and Sermons by Timothy Dwight (2 vols., 1828), which had a large circulation both in the United States and in England. Probably his most important work, published posthumously, is his Travels in New England and New York (4 vols., 1821–1822). The work contains much material of value concerning social and economic New England and New York during the period 1796-1817. (The term “Cape Cod House” makes its first appearance in this work.) The work also contains the correspondence between Dwight and the theologian Gideon Hawley, following Dwight’s visit to the elder preacher who was a very close friend of Dwight’s parents.

Henry Opukahaia was orphaned at age 10 after witnessing the tribal warfare deaths of his parents and younger brother in the Islands of Hawaii. He signed onto a ship leaving Hawaii and eventually wound up at the captain’s home in New Haven, Connecticut. He was bright but he had no formal education. One day he sat on the steps of Yale College and explained to a passer-by that he was upset because, “No one gives me learning.” (This quote is on the plaque at his graveside in Hawaii.) He was taken under the wing (and into the home) of Yale president Dr. Timothy Dwight.

Henry embraced Christianity and converted in 1815. In 1816 he enrolled in the new Foreign Mission School, established by the American Board across from the Congregational Church in Cornwall, Connecticut. He became very involved with plans to send missionaries to Hawaii.

He planned to return to Hawaii himself to preach, but contracted typhus fever and died in 1818 in Cornwall at the age of 26. Henry is credited with starting Hawaii’s conversion to Christianity. On Aug. 15, 1993, Opukahaia’s remains were laid in a vault facing the sea at Kahikolu Church near the town of Napo{okina}opo{okina}o, Kona, on the Island of Hawaii. It was the third church established in Hawaii by missionaries inspired by Opukaha{okina}ia. Hawaii’s churches observe the third Sunday in February as a day of commemoration in honor of its first Christian.

Plaque at the Cornwall, CT grave site: “In July of 1993, the family of Henry Opukahaia took him home to Hawaii for interment at Kahikolu Congregational Church Cemetery, Napo’opo’o, Kona, Island of Hawaii. Henry’s family expresses gratitude, appreciation and love to all who cared for and loved him throughout the past years. Ahahui O Opukahaia”

Dwight’s 1785 poem The Conquest of Canaan is considered to be the first American epic poem.

In the twentieth century, Yale named Timothy Dwight College for him and his grandson.

In 2008, The Library of America selected Dwight’s account of the murders of Connecticut shopkeeper William Beadle for inclusion in its two-century retrospective of American True Crime.