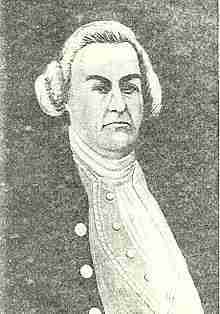 Ruggles was born on October 20, 1711 to Rev. Timothy Ruggles. He was grandson of Capt. Samuel Ruggles of Roxbury and Martha Woodbridge, who was a granddaughter of Governor Thomas Dudley.

He was graduated from Harvard in 1732; studied law, and established himself in practice in Rochester. In 1735 he married Mrs. Bathsheba Newcomb, widow of William Newcomb and the daughter of the Hon. Melatiah Bourne of Sandwich, Massachusetts.

After serving as Speaker of the Massachusetts House of Representatives in 1763, he was selected as a delegate to the first colonial (or Stamp Act) congress of 1765 meeting in New York on October 7, Ruggles was elected its president. After he refused to sanction the addresses sent by that body to Great Britain he was publicly censured by the General Court of Massachusetts.

He became one of the leading Tories of New England. He commanded the Loyal American Association and was a Mandamus Councillor appointed by General Gage in Boston. The Loyal American Association vowed to: – Not submit to rebellious assembly. – Enforce obedience to the King. – Defend each other if imperiled by unlawful assembly. – Repel force with force. – Use retaliation if any member or their property were injured.

In 1775, he left Boston for Nova Scotia with the British troops and accompanied Lord Howe to Staten Island. His estates were confiscated, and in 1779 he received a grant of 10,000 acres (40 km²) of land in Wilmot, Nova Scotia, where he settled.

Ruggles left his daughter, Bathsheba Ruggles, behind enemy lines in Massachusetts. In 1778 she became the first woman executed in the newly independent United States of America. She was hanged while pregnant for the crime of plotting, with three British soldiers, the death of her husband Joshua Spooner who was savagely beaten and dumped in a well.