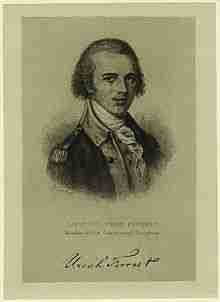 Forrest was born in St. Mary’s County in southern Maryland. During the American Revolutionary War, Forrest was injured and lost a leg in the Battle of Germantown. Through his granddaughter, Alice Green, he is the great-grandfather of Don Agustín, Prince of Iturbide, the heir of Emperor Maximilian I of Mexico and prince of the First and Second Mexican Empires. Uriah Forrest also is a direct male descendent of Thomas Forrest, Esq a Financier with the Virginia Company who came to the Jamestown, Virginia Colony on the Second Supply ship in 1608.

After the war, he traveled to London, but then returned to Maryland. In 1783, Forrest established a tobacco export business in Georgetown, with business partners Benjamin Stoddert and John Murdock.

Forrest was also active in politics, representing Maryland as a delegate to the Continental Congress in 1787. He also served in the third district of Maryland in the U.S. Congress from 1793 to 1794. He also served as mayor of the Town of George, now Georgetown, in 1791 when George Washington met with local landowners at his home to negotiate purchase of the land needed to build the new capital city.