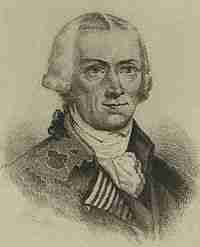 He was a delegate to the Provincial Convention held in New York in April and May 1775, and a member of the First New York Provincial Congress from May to November 1775. He served as Commissary of Stores and Provisions for the Department of New York from July 17, 1775, until September 7, 1776, when he resigned. He was Deputy Commissary General of the Northern Department in 1775 and 1776.

He was a member from New York of the Continental Congress in 1784 and 1785. In 1785, he was appointed Commissioner of the United States Treasury.

He was buried at Trinity Churchyard in New York. His home at Linlithgo in Columbia County, New York, known as Teviotdale, was added to the National Register of Historic Places in 1979.