William Campbell (born 1745 and died on August 22,1781) was a Virginia farmer, pioneer, and soldier. One of the thirteen signers of the earliest statement of armed resistance to the British Crown in the American Colonies, the Fincastle Resolutions, Campbell represented Hanover County in the Virginia House of Delegates. A militia leader during the American Revolutionary War, he was known as the “bloody tyrant of Washington County” known for his leadership at the Battle of Kings Mountain and the Battle of Guilford Courthouse. Battle of Kings Mountain.

In 1775, Campbell was one of the thirteen signers of the Fincastle Resolutions,the earliest statement of armed resistance to the British Crown in the American Colonies. Campbell represented Hanover County, Virginia in the Virginia House of Delegates twice: in 1780, and again in 1781 (the year that he died).

He was a militia leader of the American Revolutionary War, known as the “bloody tyrant of Washington County” for his harsh treatment of Loyalists.{examples|date=December 2010} He became a colonel in 1780, and was noted for leading his militia to victory at the Battle of Kings Mountain, where he charged the enemy while telling his men to “shout like hell and fight like devils!” Afterward, he worked in conjunction with Continental Army troops to oppose the British invasion of Virginia, providing support at the Battle of Guilford Courthouse. The Virginia Assembly commissioned him a brigadier general in 1781, however, he died soon after.

The tract of land where the Campbells settled was called “Salt Lick” for the area’s numerous salt deposits. The salt works that were eventually established there became an important source of revenue for the family, also playing an important role in supplying salt for the Confederacy during the Civil War. It had been surveyed in 1748, when James Patton entered the area with an expedition of several men, including one Charles Campbell. After William Cambell’s death, the General Assembly of Virginia granted 5,000 acres to his young son, Charles Henry Campbell, in consideration of the distinguished services of his father.

William Campbell is buried in the Aspenvale Cemetery (near present-day Marion, Smyth County, Virginia), alongside Elizabeth Campbell “Madame” Russell. The cemetery is a Virginia Historical Landmark, with soldiers from six different wars interred there. 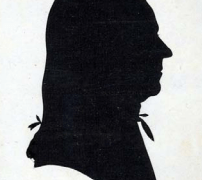