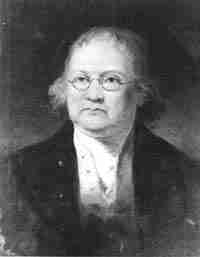 William Ellery (1727-1820) was a signer of the United States Declaration of Independence as a representative of Rhode Island. In 1764, the Baptists consulted with Ellery and the Congregationalist Reverend Ezra Stiles on writing a charter for the college that became Brown University. However, Ellery and Stiles attempted to give control of the college to the Congregationalists, but the Baptists withdrew the petition until it was rewritten to assure Baptist control. Neither Ellery nor Stiles accepted appointment to the reserved Congregationalist seats on the board of trustees .

The second son of William Ellery Sr. and Elizabeth Almy, William Ellery was born in Newport on December 2, 1727. He received his early education from his father, a merchant and Harvard College graduate. In 1747 William Ellery graduated from Harvard College where he had excelled in Greek and Latin. Ellery returned to Newport where he worked first as a merchant, next as a customs collector, and then as Clerk of the Rhode Island General Assembly. Ellery started practicing law in 1770 at the age of 43 and became active in the Rhode Island Sons of Liberty.

After Samuel Ward’s death in 1776, Ellery replaced Ward in the Continental Congress. Ellery was among the fifty-six signers of the Declaration of Independence in 1776. He was also a signer of the Articles of Confederation.

Ellery also served as a judge of the Supreme Court of Rhode Island and by 1785 he had become an abolitionist. He was the first customs collector of the port of Newport under the Constitution, serving there until his death. Ellery was an active worshipper at the Second Congregational Church of Newport.

After his death on February 15, 1820 at age 92, Ellery was buried in Common Burial Ground in Newport. The Rhode Island Society of the Sons of the Revolution and the William Ellery Chapter of the Daughters of the American Revolution makes an annual commemoration at his grave on July 4th.

Ellery married Ann Remington of Cambridge, Massachusetts in 1750. She was the daughter of Judge Jonathan Remington. She died in 1764 in Cambridge and was buried there. He remarried in 1767 to Abigail Cary.

William Ellery is the namesake of the town of Ellery, New York. 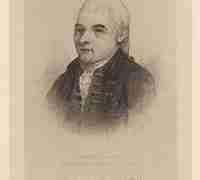 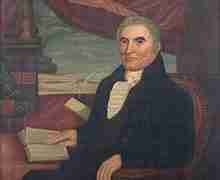