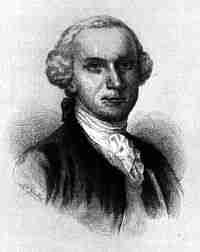 Hemsley’s entire life was closely connected with his family’s plantation, Clover Fields Farm, in Queen Anne’s County on Maryland’s Eastern Shore. The family had been established there and in Talbot County for several generations. His career of public service was similar to that of many prominent planters. He was a county official in both counties at various times, and served as a Colonel in the militia of Queen Anne’s County during the Revolutionary War.

Hemsley was first elected to the Maryland state senate in November 1779. He would serve in that body until 1781. Then in 1782-1783 he served in the Continental Congress in New York. He was again elected to the state senate in 1784, but declined that election. He would serve again from 1786 to 1789. Although re-elected again in 1790, he did not serve. He was a member of the Maryland Convention that ratified the United States Constitution on April 28, 1788.

His later years were spent running the family plantation. He died there on June 5, 1812 and was buried in the family’s cemetery on the farm, near Queenstown, Maryland. His son, William Hemsley, Jr., also served in the state senate in 1799–1800.