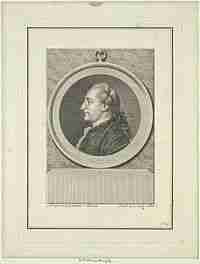 William Henry Drayton (September 1742 – September 3, 1779) was an American planter and lawyer from Charleston, South Carolina. He served as a delegate for South Carolina to the Continental Congress in 1778 and 1779.

William Henry was born at his father’s plantation, Drayton Hall, on the bank of the Ashley River near Charleston. His father, John Drayton had just completed construction of this massive main house on the rice plantation. His mother was Charlotta Bull Drayton, the daughter of the colony’s Governor William Bull. This would remain William’s home throughout his life. In 1750 he sent to England for his education. He first studied at Westminster School where he also met young Charles Cotesworth Pinckney. Then he went on to Balliol College, Oxford before returning home in 1764. He read law and was admitted to the bar in South Carolina.

Drayton at first opposed the growing sense of colonial unity and resistance after the Stamp Act Congress, but reversed his position as the Revolution grew nearer. He first wrote a series of published letters opposing the American actions. When these were published in England, he was made a member of the Colonial Council in 1772. Governor Bull appointed him to the Colony’s Court in 1774. But later that year he wrote a pamphlet, the American Claim of Rights, that supported the call for a Continental Congress. This got him removed from all government positions which completed his conversion to the Rebel cause.

He became a member of South Carolina’s Committee of Safety in 1775, as well as the provisional Congress that functioned as the colony’s rebel government. In 1776 he and Arthur Middleton designed the Great Seal of South Carolina. When they began operating under an interim constitution in 1776 he returned to his seat on the council, serving as Chief Justice of state’s Supreme Court. When the South Carolina General Assembly unanimously voted for union with Georgia in 1776, Drayton became the chief champion of the proposal. The union was rejected by a Georgia convention on January 23, 1777, but Drayton continued to campaign in Georgia for union until Governor John A. Treutlen issued a reward for his arrest.

In 1778, Carolina sent Drayton as a delegate to the Continental Congress where he gave strong support to the military. He died while in office at Philadelphia, Pennsylvania, where he was buried in Christ Church Burial Ground.

His home, “Drayton Hall”, now lies within the expanded city of Charleston. It is operated as a museum and is open to the public (an admission fee is charged).