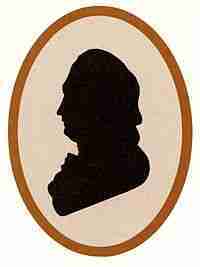 William Houstoun (also spelled Houston) ({circa} 1755 — March 17, 1813) was an American planter, lawyer, and statesman. He served Georgia as a delegate to the Continental Congress and to the United States Constitutional Convention in 1787.

William Houstoun was the son of Sir Patrick Houstoun, a member of the council under the royal government of Georgia. He was born in 1755 in Savannah, Georgia. Houstoun received a liberal education, which included legal training at Inner Temple in London.

==Role in the Continental Congress==

The American Revolution cut short his training, and Houstoun returned home to Georgia. For many years members of Houstoun’s family had been high officials in the colony. With the onset of war, many remained loyal to the crown, but William, a zealous advocate of colonists’ rights, was among the first to counsel resistance to British aggression.

Houstoun represented Georgia in the Continental Congress from 1783 through 1786. He was chosen as one of Georgia’s agents to settle a boundary dispute with South Carolina in 1785 and was one of the original trustees of the University of Georgia at Athens.

===Delegate to the Georgia Convention===

When the Constitutional Convention convened in 1787, Houstoun presented his credentials as one of Georgia’s delegates. He stayed for only a short time, from June 1 until about July 23, but he was present during the debate on the representation question. Houstoun split Georgia’s vote on equal representation in the Senate, voting “nay” against Abraham Baldwin’s “aye.” His fellow Georgian delegate William Pierce wrote of him: “As to his legal or political knowledge he has very little to boast of. Nature seems to have done more for his corporeal than mental powers. His Person is striking, but his mind very little improved with useful or elegant knowledge.”

Houstoun died in Savannah on March 17, 1813, and was interred in St. Paul’s Chapel in New York City.