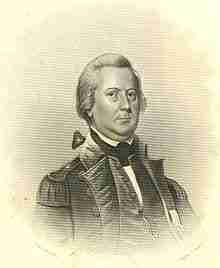 Irvine was born near Enniskillen, County Fermanagh in Ireland. He served as a brigadier general in the Continental Army and represented Pennsylvania in both the Continental Congress (1787–88) and the United States House of Representatives (1793–1795). During the war, he convinced Colonel William Crawford to come out of retirement and lead an expedition against Indians in villages along the Sandusky River, which ended in Crawford’s brutal execution. The militia troops went back under the commande of John Rose, a Baltic German officer from Estonia.

He died in Philadelphia, Pennsylvania, where he was buried in a graveyard near Independence Hall. He was reburied in 1833 at the new Ronaldson’s Cemetery. When it was closed in 1950s, the graves of a few Revolutionary War officers such as Irvine were identified by the rector of Old Swedes’ and reburied at Gloria Dei Church cemetery.

His great-granddaughter Margaret Biddle married Thomas Biddle of the Biddle family of Philadelphia.

Irvine was the plaintiff in the Supreme Court case Irvine v. Sims’s Lessee.