The birth of American military defense followed a path similar to that of America as a nation.  Initially small and scattered, forces would over time grow into an organized, united, and respected force that would ultimately help to establish a new nation.

Prior to the American Revolution, the defense of the colonies with typically served by local volunteer militia. These men, and young men (minimum enlistment age was 16, 15 with parental consent), could literally be farmers with guns.  They were the community, and they defended themselves, their property, and their families.  When there was an emergency at hand, the local militia would respond..  In times of known conflict, such as during the French and Indian War, temporary “provincial regiments” could be raised, and Britain would send troops over to America to protect it’s colonial interests.

After fighting broke out in Lexington and Concord and the siege of Boston began both in April of 1775, it was clear a defined and strong military force was necessary to defend the interest of the colonies.  On June 14th, 1775, the Second Continental Congress established the Continental Army.  Throughout the American revolution the Continental Army would see three major organizational approaches.  These included the First Establishment (1775), the Second Establishment (1776), and the Third Establishment (1777 with ongoing changes through 1783).  Throughout the entire course of the war, smaller regimental adjustments, reassignments, and changes were authorized.

A typical infantry regiment might include 728 men from 8 companies, a Colonel, Lieutenant Colonel, and Major.  Staff could include an Adjutant, Quartermaster, Surgeon, Surgeon’s Mate, Paymaster, and Chaplin.  Each company could be made up of:

Not all regiments were filled at all times.  Cavalry regiments were similarly structured.  Artillery Regiments could include specialized companies of soldiers that included bombardiers, gunners, and matrosses.  Rather than as a large, regiment force, they would function in smaller, specialized groups to support strategic battle needs as necessary.

There were three major organizational changes within the continental army throughout the course of the war.  They included:

First Establishment (1775): The First Establishment was authorized on June 14th, 1775 by the Continental Congress.  It was composed of units adopted from some previously established militia units, and some newly authorized units.  They were organized into two main departments, they included:

Third Establishment (1777-1783): The Third Establishment, based on decisions made in 1776, saw some major changes starting in 1777.  The department structure was changed into organization of “State Lines”, which was a name encompassing the military units from each state.  There was a requirement set by the Continental Congress for the number of regiments required from each state, set in proportion to each state’s population.  Also, each state was required to arm, clothe, and equip their regiments.  Several other new unit types were added as well.  From 1777 to 1783 regimental adjustments and reassignments were common, the numbers below reflect the totals as the numbers were not static through those years.  At any one given time throughout the war, the Continental Army remained below 17,000 men.  In all, the units included: 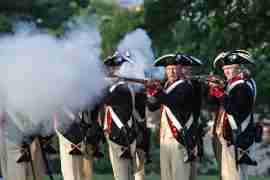 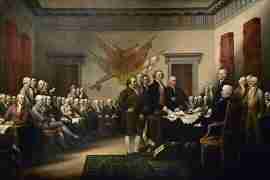 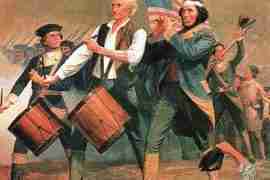