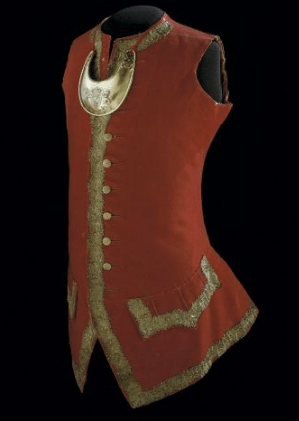 This is a pre-Revolutionary War example of the type of British waistcoat and gorget that soldiers in the British army would wear in the 1750’s.  As the colonists were still British subjects prior to the Declaration of Independence, this is a uniform piece work by an individual that would later become George Washington’s Second-in-Command of the Virginia Regiment of the Continental Army, Adam Stephen.  For source and more details, click here.