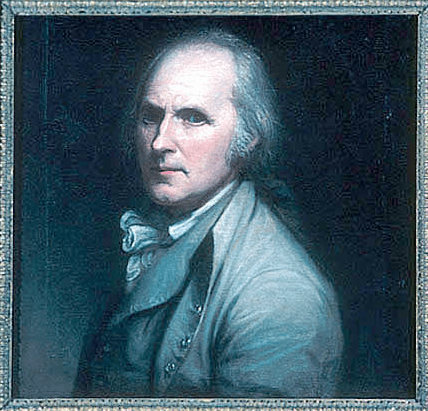 Charles Willson Peale was born in Maryland and apprenticed as a saddler.  Interested by the paintings he saw in a client’s home, he tried painting himself, took lessons from a professional painter neighbor, and visited John Singleton Copley’s studio in Boston.  A wealthy family friend liked Peale’s abilities and secured finances from himself and several other wealthy Annapolis residents to send Peale to London to study further.

Peale returned to Annapolis and opened his own painting studio, worked there for several years then moved to Philadelphia in 1775.  He would paint over 300 portraits during and after the Revolutionary years.  He was also interested in sciene and history.  Several of Peale’s children became artists and continued down the path that he set out on.  For source and more details, click here.