At the Battle of Millstone, Brigadier General Philemon Dickinson of the New Jersey militia scored a brilliant success. On 20 January 1777 near Van Nest’s Mill, 400 militia and 50 Pennsylvania riflemen crossed an icy stream and fought a pitched battle with 500 British regulars and three cannons. The British lost 25 casualties, 12 prisoners, 43 wagons, 104 horses, 115 cattle and about 60 sheep. The Americans admitted losses of four or five men. Afterward, the British refused to believe that had been beaten by militia. On 23 January two British regiments were waylaid by Brigadier General William Maxwell near Woodbridge. The 200 New Jersey Continentals inflicted losses of seven killed and 12 wounded while only suffering two men wounded. 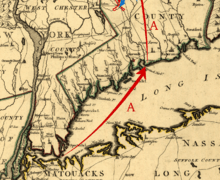