The Battle of Kings Mountain was fought on October 7, 1780, and destroyed the left wing of Lord Cornwallis’ army, effectively ending Loyalist ascendance in the Carolinas. The victory halted the British advance into North Carolina, forced Lord Cornwallis to retreat from Charlotte into South Carolina, and gave General Nathanael Greene the opportunity to reorganize the American Army. The age of the soldiers engaged in the battle here ranged up to 50 years old, with Billy Rowland being the youngest known to have lost his life at 15 years of age .

Kings Mountain National Military Park was established on March 3, 1931 by an act of Congress: “in order to commemorate the Battle of Kings Mountain.” The park is the terminus of the Overmountain Victory National Historic Trail commemorating the route of the Patriot army from over the Appalachian Mountains to the battle.

A one and a half mile paved trail leads from the visitors’ center around the base of the mountain along the Patriot lines and ascends to the crest where the Loyalists were positioned. The trail passes several monuments, large and small, the earliest dating from 1815, as well as Patrick Ferguson’s grave, giving a good sense of the battleground. The trail is moderately steep in places. As part of the NPS’ Centennial Initiative, the trail will be rehabilitated to eliminate the steeper sections of the trail, making it accessible to everyone. 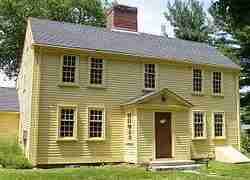 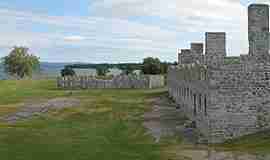 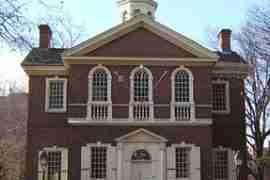