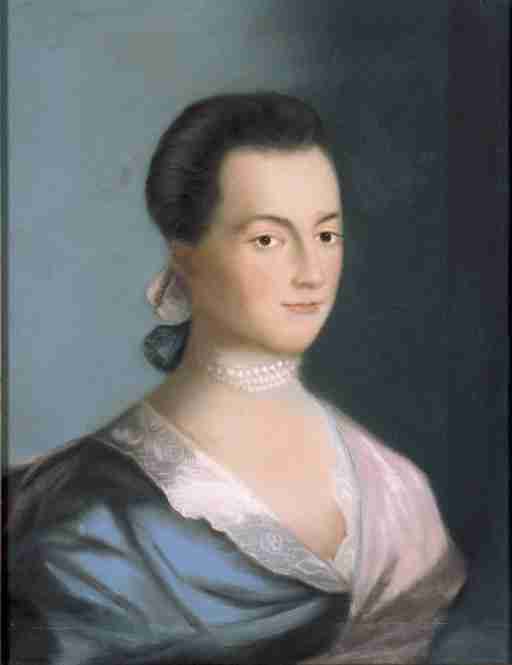 Abigail ADAMS (1744 – 1818)
Abigail Adams lived the American Revolution as the wife of one of its central figures–John Adams. Her family correspondence, published along with a memoir by her grandson, Charles Francis Adams, brings that era into eloquent focus. What was it like to hear the cannon’s roar from your window? to face pestilence? food shortages? rampant inflation? devalued coinage? to raise four children alone–and earn the money to keep your household afloat, while your husband was engaged in politics and diplomacy miles and oceans away . . . for years at a time? It’s all there in her private letters, letters that were never meant for public eyes, letters that she repeatedly asked to be burned!

Writing to her husband, Abigail expressed anguish at nearby fighting: June 18, 1775, “Charlestown is laid in ashes . . . How many have fallen we know not. The constant roar of the cannon is so distressing, that we cannot eat, drink, or sleep.” Yet, she displayed constant fortitude: August 5, 1777, “It is almost thirteen years since we were united, but not more than half that time have we had the happiness of living together. The unfeeling world may consider it in what light they please. I consider it as a sacrifice to my country . . .” And she enlivened her writing with pithy accounts of Revolutionary doings: July 31, 1777, “You must know that there is a great scarcity of sugar and coffee . . . An eminent, wealthy, stingy merchant had a hogshead of coffee in his store, which he refused to sell . . . under six shillings per pound. A number of females . . . assembled with a cart and trucks, marched down to the warehouse, and demanded the keys, which he refused to deliver. Upon which, one of them seized him by his neck . . .” The women “then opened the warehouse, hoisted out the coffee themselves, put it into the truck and drove off. . . .A large concourse of men stood amazed, silent spectators of the whole transaction.”

Abigail’s letters, letters of “a vigorous mind,” are a fascinating read.

October 8, 2015
We use cookies to ensure that we give you the best experience on our website. If you continue to use this site we will assume that you are happy with it.Ok