The museum owns a distinguished collection of paintings and sculpture, textiles and weapons, manuscripts and rare books, highlights of which can be seen on its website and in special exhibitions. The museum will be a living memorial to the American Revolution, where it will display its collection.

The President and CEO is Michael C. Quinn and Philadelphia area media entrepreneur and philanthropist H.F. “Gerry” Lenfest serves as Chairman of the Board of Directors.

The museum owns the former Independence National Historical Park visitor center at 3rd and Chestnut streets in the historic area of Philadelphia, where it will build the museum. The site is across the street from the First Bank of the United States and two blocks from Independence Hall, the National Constitution Center, Second Bank of the United States, American Philosophical Society, Carpenters’ Hall, and the Liberty Bell.

On June 12, 2012, architect Robert A. M. Stern unveiled designs for the permanent location.

The design plans for the exterior feature a two-story glazed portico, museum shop and café which open to the sidewalk, and a tower sized to house a full-scale replica of the Liberty Bell. The first floor interior is organized around a skylit central interior court and features a cross-vaulted ticketing lobby, a multi-use theater and a changing exhibition gallery. The second floor features 18,000 square feet of galleries and a theater dedicated to the exhibition of George Washington’s marquee tent. The museum’s third floor is designed to offer rooms for events and two terraces overlooking the First Bank of the United States, Independence National Historical Park, and the Philadelphia skyline beyond. The museum intends to seek Leadership in Energy and Environmental Design (LEED) Silver certification.

As of March 2013, the museum was working to raise the final $15 million required to begin construction. The museum plans to open in 2016.

The museum’s collection includes items owned and used by General George Washington during the War of Independence, an extensive collection of historic firearms and edged weapons, important art, important manuscripts, and rare books.

Much of the collection is in storage awaiting display in the Museum of the American Revolution. Some items have been displayed at George Washington’s Mount Vernon, Valley Forge National Historical Park, the National Constitution Center, the Winterthur Museum, the Senator John Heinz History Center and the North Carolina Museum of History. 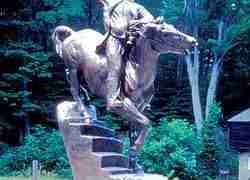 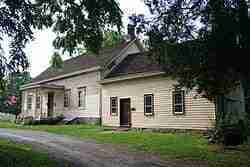