The park encompasses {convert|3500|acre|ha} and is visited by over 1.2 million people each year. Visitors can see restored historic structures, reconstructed structures such as the iconic log huts, and monuments erected by the states from which the Continental soldiers came. Visitor facilities include a visitor center and museum featuring original artifacts, providing a concise introduction to the American Revolution and the Valley Forge encampment. Ranger programs, tours (walking and trolley), and activities are available year round. The park also provides {convert|26|mi|km|0} of hiking and biking trails, which are connected to a robust regional trails system. Wildlife watching, fishing, and boating on the nearby Schuylkill River also are popular.

From December 19, 1777 to June 19, 1778, the main body of the Continental Army (approximately 12,000 troops) was encamped at Valley Forge. The site was chosen because it was between the seat of the Second Continental Congress in York, supply depots in Reading, and British forces in Philadelphia {convert|18|mi|km} away, which fell after the Battle of Brandywine. This was a time of great suffering for the army, but it was also a time of retraining and rejuvenation. The shared hardship of the officers and soldiers of the army, combined with Baron Friedrich von Steuben’s professional military training program are considered key to the subsequent success of the Continental Army and marks a turning point in the Revolutionary War.

Valley Forge was established as the first state park of Pennsylvania in 1893 by the Valley Forge Park Commission “to preserve, improve, and maintain as a public park the site on which General George Washington’s army encamped at Valley Forge.”. The area around Washington’s Headquarters was chosen as the park site. In 1923, the VFPC was brought under the Department of Forests and Waters and later incorporated into the Pennsylvania Historical and Museum Commission in 1971.

Valley Forge was designated a U.S. National Historic Landmark in 1961 and was listed in the initial National Register of Historic Places in 1966. The area covered by these listings goes outside what was the Valley Forge State Park boundaries to include four historic houses where the Marquis de Lafayette and other officers were quartered.{rp|6}

In 1976, Pennsylvania gave the park as a gift to the nation for the Bicentennial. The U.S. Congress passed a law, signed by President Gerald Ford on July 4, 1976, authorizing the addition of Valley Forge National Historical Park as the 283rd Unit of the National Park System.

The park features a visitor center, which acts as orientation for visitors to the site. The features of the center include a museum with artifacts found during excavations of the park, an interactive muster roll of Continental soldiers encamped at Valley Forge, ranger-led gallery programs and walks, a storytelling program, a photo gallery, a visitor information desk staffed by Park Rangers, Representatives from the Valley Forge Convention and Visitors Bureau, & Park Volunteers, and the Encampment Store for books and souvenirs. 90-minute Trolley tours of the park and bike rentals are available seasonally from this location. A short 18-minute film, “Valley Forge: A Winter Encampment” is shown in the park’s theater next door.

Throughout the park there are reconstructed log cabins of the type thought to be used during the encampment. Earthworks, for the never needed defense of the encampment, are visible, including four redoubts, the ditch for the Inner Line Defenses, and a reconstructed abatis. The original redoubts and several redans on Route 23, Outer Line Drive, and Inner Line Drive were covered with sod to preserve them, but they are currently in need of further restoration. The original forges, located on Valley Creek, were burned by the British three months prior to Washington’s occupation of the park area. However, neither the Upper Forge site nor the Lower Forge site have been reconstructed. There are also several historical buildings that have not been made open to the public because of reasons such as their current state of disrepair. These include: Lord Stirling’s Quarters, Knox’s Quarters, and the Von Steuben Memorial. Other historical buildings include the P.C. Knox Estate and Potts’ Barn.

The Washington Memorial Chapel and National Patriots Bell Tower carillon sit atop a hill at the center of the present park. The chapel is the legacy of Rev. Dr. W. Herbert Burk. Inspired by Burk’s 1903 sermon on Washington’s birthday, the chapel is a functioning Episcopal Church, built as a tribute to Washington. Burk was also instrumental in the development of the park itself, including obtaining Washington’s campaign tent and banner, which used to be on display in the Welcome Center, but now in the collection to be showcased in the new American Revolution Center starting in 2016. The chapel and attached bell tower are not technically part of the park, but serve the spiritual needs of the park and the community that surround it. The bell tower houses the DAR Patriot Rolls, listing those that served in the Revolutionary War, and the chapel grounds host the World of Scouting Museum.

Sitting atop a hill at the intersection of the Outer Line of Defense with the Gulph Road, the National Memorial Arch dominates the southern portion of the park. It is dedicated “to the officers and private soldiers of the Continental Army December 19, 1777 – June 19, 1778.” The arch was commissioned by an act of the 61st Congress in 1910 and completed in 1917. It is inscribed with George Washington’s tribute to the perseverance and endurance of his army:

”the Incomparable Patience and Fidelity

Visitors leaving the Visitor Center proceed along Outer Line Drive toward the arch. The drive is lined with large (~2 m high) memorial stones for each of the brigades, or “lines”, that encamped there. Crossing Gulph Road at the arch, the drive proceeds through the Pennsylvania Columns and past the hilltop statue of Anthony Wayne on horse. More brigade stones line Port Kennedy Road.

Near the Visitor Center is another station at Port Kennedy, on the same line. Also owned by the park, the station, both platforms and the former parking area are in a state of disrepair. Should the long-planned Schuylkill Valley Metro project come to fruition, this station could again connect the park to center city Philadelphia, Pottstown, and Reading with public transportation.

As a park in an increasingly urbanized area, Valley Forge faces problems including traffic, urban sprawl, and an overpopulation of white tail deer.

Valley Forge Park Road (PA Route 23), a heavily traveled two-lane commuter road, passes through the park and carries about six million vehicles per year of mostly commuter traffic. Efforts to divert the traffic have thus far been unsuccessful, owing to existing traffic volume on alternate routes. A consortium of local governments and state and federal agencies are working on approaches to traffic congestion throughout the area, particularly improvements to US 422.

In 2001, a privately held {convert|62|acre|sing=on} tract of land within the authorized park boundaries was offered for sale. When the Park Service was unable to purchase it, it was sold to Toll Brothers, a real estate development company, for $2.5 million. It took a grass roots campaign to get the Federal Government to purchase the land from the developer two years later, for $7.5 million. In 2007, a non-profit organization – the American Revolution Center – purchased {convert|78|acre} of land within the park boundary with plans to construct a conference center, hotel, retail, campground and museum on the site. The National Parks Conservation Association and local citizens have sued Lower Providence Township over the zoning change that enabled this proposal. The two parties have come to an agreement, allowing NPS to keep the acres, and in exchange, has given the American Revolution Center the property of the former Visitor Center in Philadelphia, located at 3rd and Chestnut Streets, where it will build the Museum of the American Revolution.

An overpopulation of white tail deer has resulted in “changes in the species composition, abundance, and distribution of native plant communities and associated wildlife” in the park. In 2008 the National Park Service released a draft deer management plan and environmental impact statement for public review (open for public comment until 2/17/09). The intent of the controversial plan is to “support long-term protection, preservation, and restoration of native vegetation and other natural resources within the park.” Hunting is expressly prohibited by the legislation that created the park, and action by Congress would be required before it could be sanctioned. Since the plan was put into place, natural habitats have been restored and vegetation not seen in the park for decades have begun to return.

The park also includes the site of the Ehret Magnesia Company, a former manufacturer of asbestos-insulated pipes. Pre-existing dolostone quarries were subsequently backfilled with asbestos-containing slurry waste materials. Those areas of the park are closed to visitors and an effort is underway at permanent remediation. 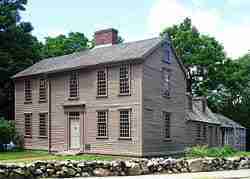 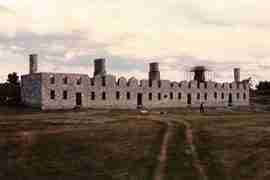 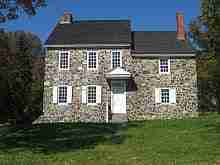